5 Designer of the 1,817 Horsepower Hennessey Venom F5 Hypercar Walks Us Through its Design
Up Next

For the sixth-generation Mustang, the Blue Oval really outdid itself with the Shelby GT500. The most powerful road-going Ford ever offered, the pony-turned-muscle car is rocking 760 horsies and 625 pound-feet (847 Nm) of tire-shredding torque from 5,000 rpm on 93-octane gasoline.
12 photos

Those who believe the standard output figures are too low can always turn to the aftermarket. Case in point: Hennessey Performance Engineering has a tuning package rated at 900 horsepower on 93 octane or 1,000 horsepower on E85 flex-fuel. Torque is tremendous at 850 pound-feet (1,152 Nm), and better still, these numbers are backed up by a three-year limited warranty.

In addition to blistering performance on the drag strip, the Venom 1000 sounds like it’s eating Hellcats and Demons for breakfast. As it’s often the case with extreme builds from the Sealy-based tuner, this fellow is flexing a high-flow air induction upgrade and an upgraded supercharger. That’s why the Venom 1000 sounds even more aggressive than the stock car.

Hennessey also works its magic on the fuel injectors, fuel rails, fuel line and fittings, tensioner, as well as the intercooler brick. The list of improvements further includes a different calibration of the dual-clutch box and an air/oil separator that avoids oil build-up and loss. The separator also protects against detonation by preventing excess oil from getting to the cylinders.

Every Venom 1000 is tested for up to 400 miles (644 kilometers) before delivery, and every single example of the breed comes with serialized plaques for the interior and engine compartment. Pricing information hasn’t been released, but I can assure you we’re looking at a $100,000-plus car. 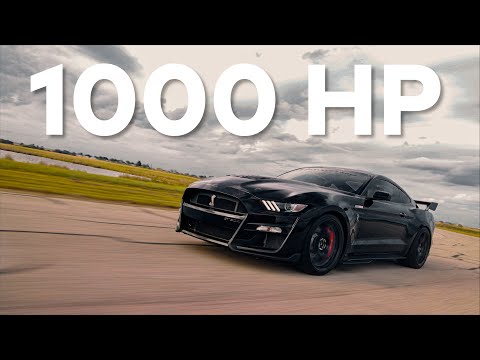