2 20 Years Ago, Mercedes-Benz Predicted the Future With the F 400 Carving Concept

5 Meet Aura, the All-Electric British Sports Car of the Future
Up Next

With money from the Office of Zero Emission Vehicles, four companies have put together a futuristic two-seat electric speedster that supposedly offers 400 miles of range, is constructed using sustainable materials, and aims to be a modern take on Britain’s legendary driver’s cars.

When I think about driver’s cars that were built in the UK in the past, convertibles like the Jaguar E-Type Roadster, Austin Healey Sprite, Lotus/Caterham Seven, or MGB Roadster spring to mind. None of them were extremely powerful and - excluding the E-Type - they weren’t particularly beautiful either, yet their quirkiness made them unique. You can almost say they each had their own personality that you couldn’t help but love, and there was nothing more freeing than going for a drive through the countryside in one.

Fast forward to the current era, where we find Astheimer Design, BAMD, Conjure, and Potenza, four local suppliers that have joined forces to create a modern reinterpretation of those beloved cars.

Named Aura, the recently revealed concept is a lightweight, aerodynamically efficient EV that ditches the doors and windshield for a race car-inspired speedster experience.

Since there are many articles out there praising just how impressive it is, I will take the opposite route and dare to criticize it because, in my opinion, there is nothing truly special about it.

Let’s start with the exterior design which looks like it’s inspired by a Red Bull Soapbox build. The front reminds me of the Hyundai Ioniq 5 a bit too much, whereas the rear, with its widened shape and big diffuser, is the only part I truly like about it. That is until I saw those wheel covers that just add to the Soapbox-look. Yes, they are meant to improve aero efficiency but from an aesthetical point of view, they just don’t look right, especially since the car’s profile lacks any eye-catching shapes. So, nothing special about the design.

According to Astheimer and Bamd, the companies that designed and built the body, the front splitter, side skirts, rear wheel covers, and rear bumper are made out of black-pigmented natural fiber, a composite that is cleaner to produce. However, they provide no information about what materials are used for the rest of the panels so the statement that the car is the embodiment of sustainable construction might just be an exaggeration.

The interior boasts vegan leather upholstery, which is a nice touch but it’s not like other manufacturers haven’t been experimenting with similar materials, and one example is Bentley’s Vegea. Apart from that, drivers are treated to a cutting-edge infotainment system comprised of a central tablet-like 10-inch display and an additional steering wheel-mounted screen for key info such as speed or range. Designed by digital specialists Conjure, it is the first such system to employ Android's Automotive OS in a British-build vehicle, but it doesn’t bring any groundbreaking features.

The self-leveling screen similar in concept to what we can find on the Koenigsegg Jesko is not mounted behind the steering wheel but dead center, replacing the airbag. This leads us to the virtually nonexistent safety features of this vehicle. Okay, it’s not a road-worthy car, but in order to be truly innovative in this day and age, advanced safety features are a must, even for concept cars.

Moving on to the drivetrain, we find a single rear-mounted motor built by FPT Industrial. It’s a complete “plug and play” unit with an integrated transmission and axle that wasn’t specifically developed for this vehicle. It gets power from a couple of 44kWh battery packs provided by Potenza Engineering. One is placed in the middle of the chassis, while the other sits behind the front axle for optimum weight distribution. With a total capacity of 88kWh, the batteries are said to offer up to 400 miles (643 km) of range. That’s a solid figure, but for a lightweight two-seat roadster with no doors, roof, windshield, or advanced safety features, it isn’t surprising or revolutionary. A Tesla Model S with a 100kWh battery can deliver a bit more, while also providing safety and plenty of room for four passengers.

There’s no information about performance, suspension setup, or anything that would lead us to believe that this is an innovative concept that will pave the way for future British sports cars.

Ultimately, the Aura is soulless, uninspiring, and brings nothing truly new or beautiful. It would have been a lot more interesting if it was built by four teenagers in a garage, but when four leading companies decide to join forces and build a groundbreaking, driver-oriented EV, this is just not what we would have expected.

I believe that, instead of directing money to such useless projects, the Office of Zero Emission Vehicles should fund the countless local start-ups that are working on truly revolutionary ideas.

If Britain once gave us some of the most innovative sports cars ever created through the brilliance of people like Colin Chapman, this glorified go-kart is the perfect example of why the kingdom’s auto industry is in a coma right now. 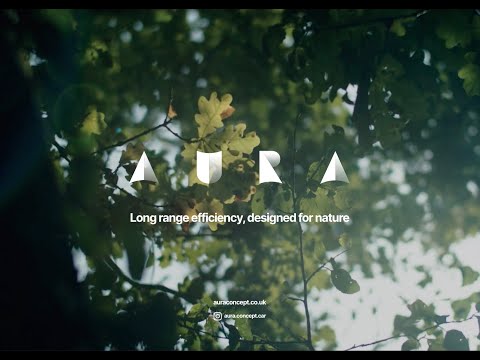 Ever Wondered Why People Use Tesla's FSD Beta? Here's What They Have to Say

Elon Musk Will Sell All Tesla Stock to Help With World Hunger Crisis, But There’s a Big If