3 Aptera Is Looking For a New Manufacturing Site For Its 11,000 Reservations

4 This Is Why Solar Cars Are Still Far From Reality

Aptera Found a New Place for Its Factory in Carlsbad, California

In July, we told our readers that Aptera was looking for a new space for its factory. The Sorrento Valley facility proved to be insufficient to the company’s needs. It took a while for Chris Anthony to reveal that Apteras will be built in Carlsbad, California.
11 photos

It will be in Carlsbad that the company will build its 6 to 12 Beta vehicles. As Anthony said, they will not have any concern with being beautiful like the Alpha prototypes he presented side by side. Their main goal is to perform crash tests and more technical evaluations for the Aptera to be as energy-efficient as possible.

The factory's floor plan reveals that it will have a single production line that gets divided in two for the finishing touches. Building a vehicle in such a small space shows that Aptera is also concerned with the most efficient manufacturing process possible. It asked Sandy Munro for help to get this assembly line in place.

Apart from talking about the factory, the Aptera CEO also shared some interesting technical details about the solar electric trike. Its suspension arms have been aerodynamically optimized, and they can now hide the in-wheel hub motors wirings. The rear suspension was also improved. Instead of a single-sided swingarm, Aptera’s will now have a double-link suspension. Anthony said it helped to maximize performance.

Body-in-white tooling has also been completed to manufacture the Beta prototypes, and solar cells are also more robust. The Aptera CEO said they are built to last at least ten years in the solar electric trikes. Considering the company defends the right to repair, it will probably develop an easy way to replace them when the time comes. 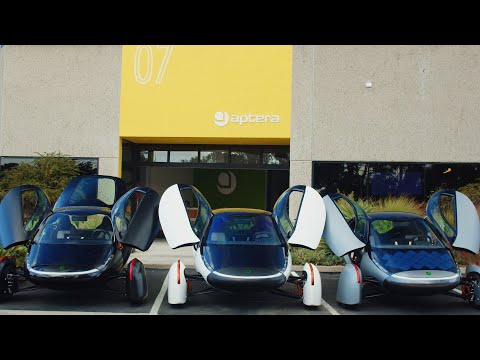