N and N Line mean very different things over at Hyundai. Think of N-branded cars as the Carolina Reaper, which is the world’s hottest pepper, while N Line cars are equivalent to the jalapeno in terms of spiciness.
63 photos

That said, take a look at the 2022 model year Hyundai Santa Cruz N Line rendering in the featured video. Penned by pixel artist SRK Designs in Photoshop, the makeover is purely aesthetic. From the neat paintwork to the blacked-out roof, large alloy wheels, and red trim pieces on the skirts and up front, this fellow certainly looks sporty though it’s anything but sporty.

Hyundai offers two engine choices in their U.S.-made sport adventure vehicle, namely the Smartstream G2.5 GDi with natural aspiration as standard or an optional turbocharger for extra oomph. The free-breathing mill relies on the A8 series automatic transmission for cog swapping while the force-fed motor levels up to the double clutcher from the D8 series. Both flex eight forward gears, and neither is tuned for straight-line performance.

In terms of output figures, 191 horsepower and 181 pound-feet (245 Nm) of torque aren’t shabby for the base version. The spinny lad improves those numbers to 281 horsepower and 311 pound-feet (422 Nm), which is more like it even though some customers may not be fond of a dual-clutch box in this application. As a brief refresher, the force-fed lump can tow up to 5,000 pounds (2,268 kilograms) when optioned with AWD.

Previously the fastest-selling new car in the United States of America in August, the Santa Cruz has a single rival in the compact unibody truck segment. Of course, I’m referring to the more value-oriented Maverick that Ford manufactures in Mexico alongside the Bronco Sport compact SUV.

As opposed to $23,990 before taxes and options for the Santa Cruz, the Blue Oval is charging $19,995 for the Maverick XL with the front-wheel-drive hybrid powertrain. If you don’t have to haul too many things and most of your driving takes place in the urban jungle, Ford’s trucklet may be the right choice because it can return up to 42 miles per gallon (5.6 l/100 km) city. 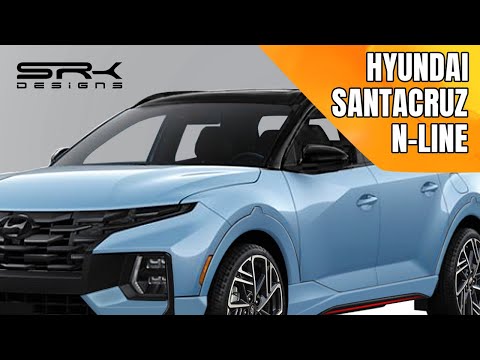